Make sure leaders know how Williams positively impacts the economy of West Virginia.

*Fractionation breaks natural gas liquids into their base components to be useful. 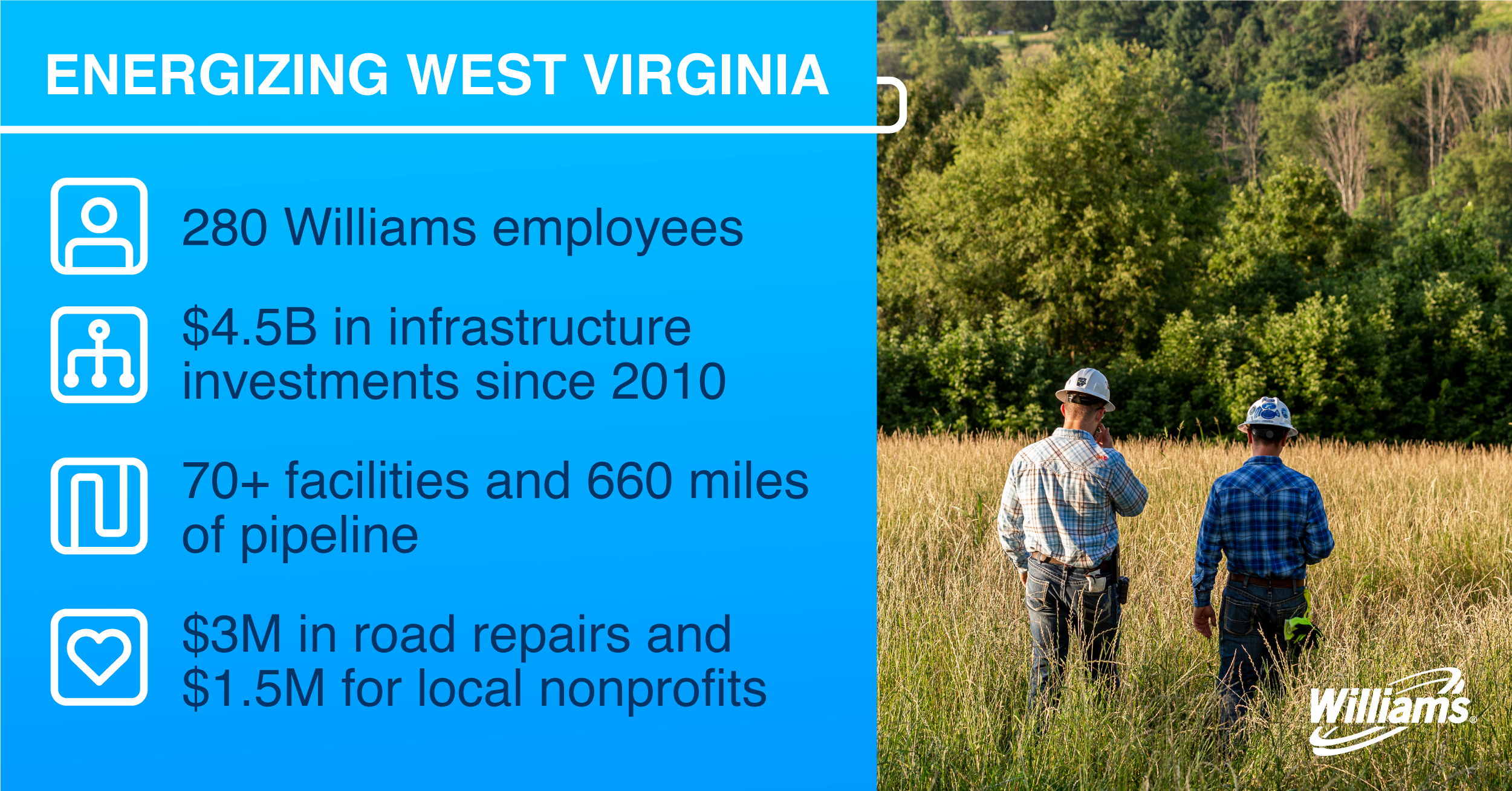 The action that we are asking you to respond to today is letting your leaders know about the positive impact that Williams is making on West Virginia’s economy. Your voice and support make a difference. Please take a few minutes send a letter to your legislator expressing your support for William’s positive efforts and how important Williams is to West Virginia’s economy.